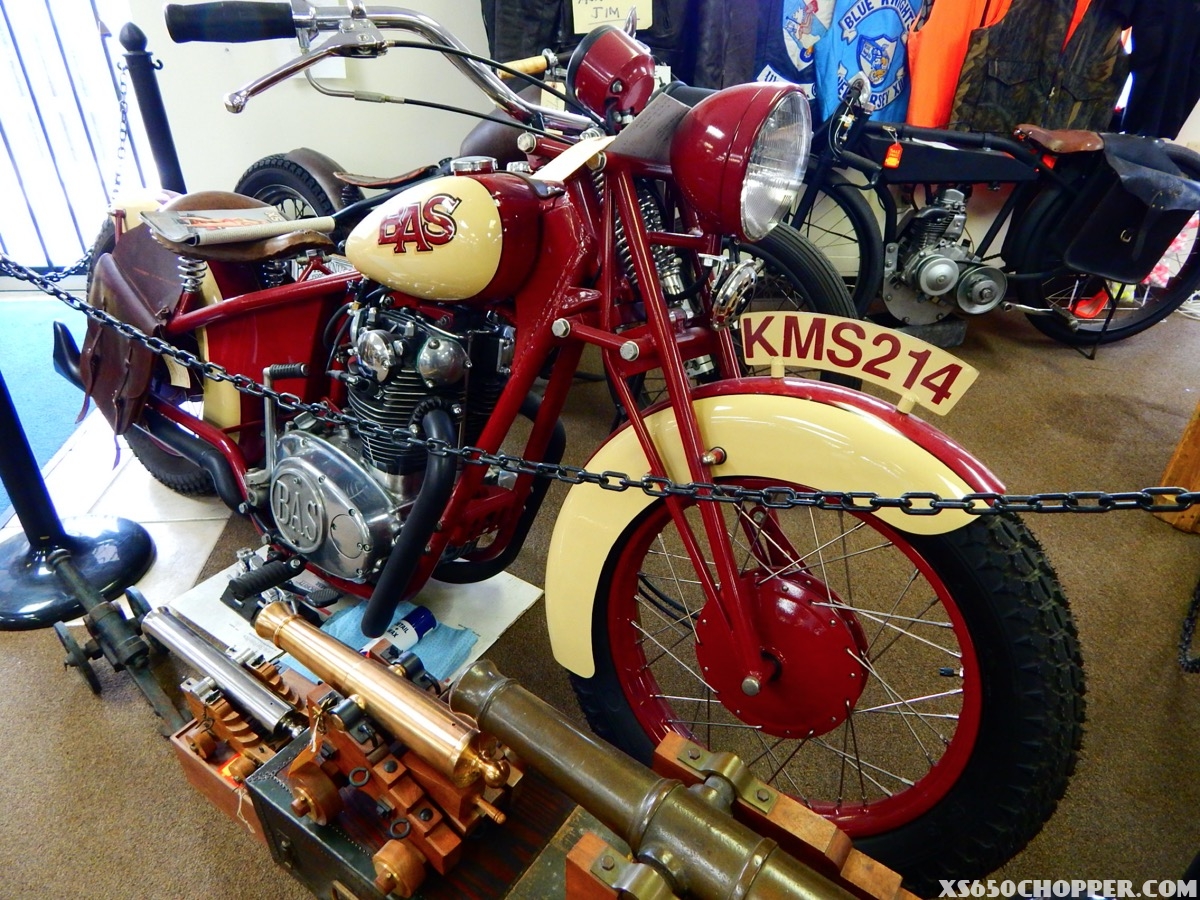 The bike was finished in 2012, The man who built it is Ken and his shop is called “Back Alley Speed” In Detroit, MI.

It has a Yamaha XS650 motor that was a ground up overhaul.

Everything new, it has 21 miles on it and I put them on. It ran a little rich because he had an 88″ Harley carb on it, but not bad because I bought the bike right off the work bench.

The bike has been on display in my shop for the last 3 years.

We just installed a brand new carb with the smallest jets and my right hand to God it started on the first kick!!!

I’m sure it will need a fine tuning but she starts right up. The bike is in perfect condition, not a scratch on her. Tires are like new, it has won several awards at local shows and got a four page layout in the bike magazine “The Horse” that I have several copy’s of it that will go with the bike.

It’s a One off Custom, the only one in the world, I just don’t have time for the toys anymore. Why spend $40 grand on a massed produced bike they made thousands of.